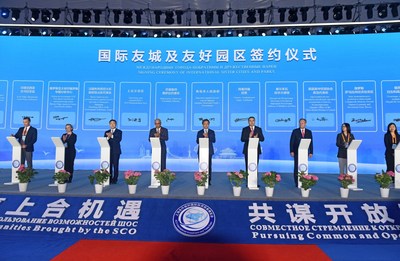 Vladimir Norov, secretary general of the Shanghai Cooperation Organisation (SCO), Zhang Shaogang, vice chairman of the China Council for the Promotion of International Trade and chairman of the SCO Business Council National Branch from China, and Saidzoda Zohir Ozod, ambassador of the Republic of Tajikistan to China, delivered speeches at the opening ceremony.

Li Kuiwen, spokesman and director of Department of Statistics and Analysis at the General Administration of Customs of China, released the China-SCO Members Trade Index. Statistics show that, following the increasingly tightened trade ties, the China-SCO Members imports and exports increased from US$17.14 in 2001 to US$244.85 billion in 2020, with an average annual growth of 15%.

At the event, representatives from four sister cities and 19 sister parks in 17 countries signed MOUs with the authorities of Qingdao and the China-Shanghai Cooperation Organization Demonstration Zone for Local Economic and Trade Cooperation on site or online to establish friendly relations and launch cooperation in 20 projects with investment totaling RMB66.8 billion in such sectors as trade and logistics, new energy, high-end manufacturing, culture tourism and biomedicine. 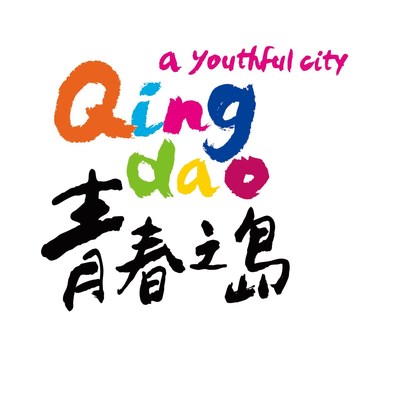 Xiang Zhiqiang, deputy director of the Administrative Committee of the demonstration zone, announced the “Qingdao Initiative” on enhancing local economic and trade cooperation.

The initiative says the SCO members have pulled off remarkable successes in strengthening exchanges, deepening cooperation, fighting terrorism and driving economic development and cultural fusion since the founding of the SCO. It calls on the SCO—the largest regional organization in the world in terms of geographical coverage and population—to make greater contributions to the development of its members by promoting local economic and trade cooperation, providing more and better channels for international logistics and accelerating investment and trade facilitation.

It is said in the initiative that the demonstration zone has opened a new page for economic and trade cooperation between the SCO members, and the expo has become an important platform for facilitating the cooperation.

After the opening ceremony, the guests visited the pavilions of different countries in the exhibition zone.

It is reported that, in addition to the opening ceremony and the SCO Qingdao Forum, the three-day expo will also include promotions of SCO members along with a project fair.